Is Plinko The Best The Fed Can Do?

Authored by Michael Lebowitz via RealInvestmentAdvice.com,

Plinko was made famous on the TV show The Price is Right. To play the game, a contestant drops a coin into one of the many slots at the top of the Plinko board. Then they watch the coin fall, bouncing off pegs until it reaches the bottom. The contestant hopes the coin ends in a generous reward slot at the bottom.

The picture below will jog your memory. 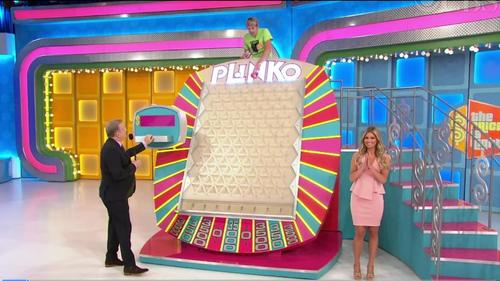 Unfortunately, a silly game of chance like Plinko is a great analog to explain current monetary policy and its flaws.

When COVID shut down the economy, the Fed immediately doled out massive amounts of monetary stimulus. In the first two months of the crisis, the Fed bought nearly $3 trillion of assets via QE. That is more than twice what they purchased during the worst moments of the Great Financial Crisis. A year later and the Fed is still buying $120 billion of assets monthly. 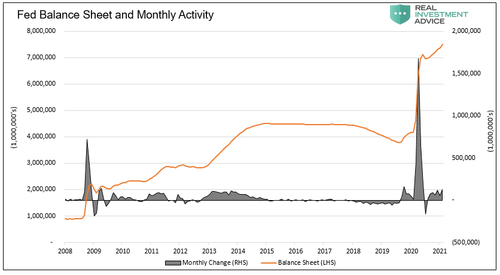 At no time since last March, or even today, has the Fed or Congress assessed whether the amount of monetary policy or distribution method is effective or even appropriate.

Monetary policy is like a game of chance in regards to who it benefits. The Fed has minimal ability to direct where and how stimulus funds are employed. Given that, one would think our “leaders” would ask the hard questions.

The economic recovery has not been even. The rich have gotten disproportionately wealthier, further widening already disturbing wealth inequality trends. The poor scrap to make ends meet, relying heavily on a smorgasbord of fiscal stimulus.

A year ago, when economic forecasters were using the letters L, U, and V to describe the shape of economic recovery, Peter Atwater introduced the letter K. The basis of Peter’s prediction was lockdowns unfairly hurt some while helping others. As a simple example, consider how well takeout pizza restaurants are doing versus high-end restaurants. The drastic changes in personal and corporate consumption habits benefit some to the detriment of others.

Many executives, investors, and white-collar workers are in great economic shape, having benefited financially from the recession. At the same time, a large percentage of the population is struggling mightily. Despite the economic recovery, they remain dependent on government checks, forbearance measures, and generous jobless benefits.

The Tweet below highlights how those at the upper arm of the “K” did this past year. 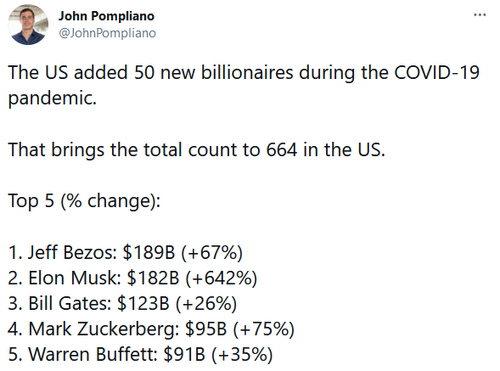 Why isn’t monetary stimulus helping everyone?

The Fed’s version of monetary policy is more akin to Plinko than you might believe. Instead of dropping a coin into a slot, the Fed drops dollars on Wall Street via bond purchases (QE). Once they purchase the bonds, the path of the coin, so to speak, is determined by the will of the banks that sold them the bonds. Unlike fiscal stimulus, the Fed cannot direct money to the economic sectors and/or people in need.  The Fed relies on the so-called “trickledown effect” to help the broad population and economy.

We can think of the Fed’s Plinko board as having four “reward” scenarios at the bottom. Once the Fed buys bonds the banks essentially have four options. Their choices determine the winners and losers.

In reality, money lands in all four slots. However, slots 1, 3, and 4 are where the bulk of the Fed’s purchases are ending up.

Unlike the Price is Right, the Fed’s version of Plinko has an additional “benefit.” As we wrote in The Fed is Juicing Stocks, QE boosts equity prices.

Despite the Fed’s claims that trickle-down policy works, there is ample evidence monetary stimulus does not help the broader economy or its citizens. One need only look at the rising level of debt as a percentage of GDP or pathetic productivity growth. These problems occur in part because the Fed cannot mandate the banks use funds to lend in ways that strengthen long-term economic growth.

Not surprisingly, what we find is the banks use QE reserves to do what is best for their bottom lines. 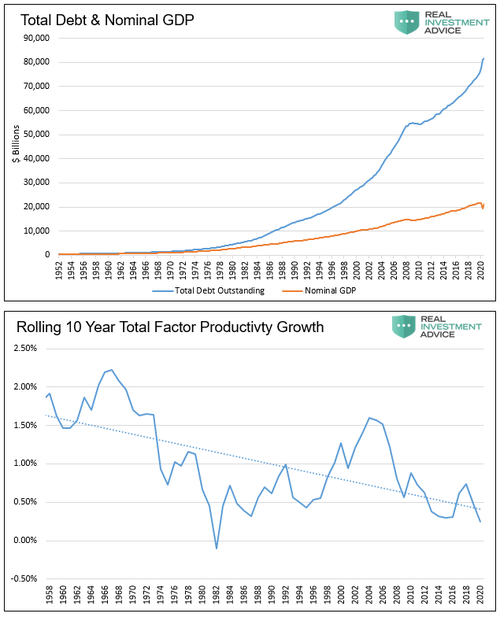 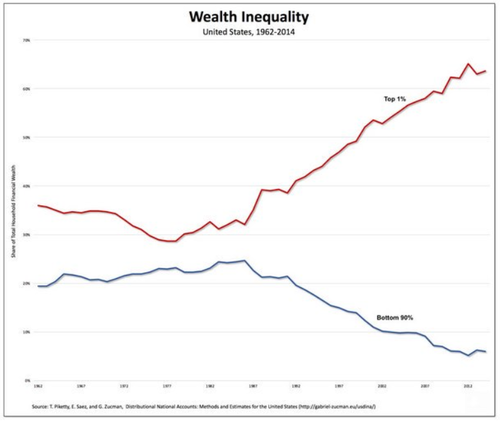 Who benefits from rising stock prices? To put context to the question, consider this quote from Forbes (8/31/2020):

“The latest available government data, via the Federal Reserve from 2016, shows a relatively small share of American families (14%) are directly invested in individual stocks but a majority (52%) have some market investment mostly from owning retirement accounts such as 401(k)s.”

“There is some evidence that low-interest rates can move up asset prices disproportionately held by wealthy households.”

When the Fed’s coin trickles down, there are a few select winners and many losers.

Monetary policy is a game of chance. The winners are the wealthy who benefit immensely from rising equity prices and can borrow to buy even more assets at historic low rates. The rest of the population waits and watches and hopes that something trickles down. The Fed stands idly by falsely assuming their actions have direct and quantifiable benefits.

Abnormally low interest rates and a speculative investment environment bring forward future consumption and dissuade companies and individuals from productive investments. The price tag will come tomorrow when we lack the means to pay for today’s debt and find yesterday’s consumption can fill today’s need.

The Fed’s only response will be what it has been; we didn’t do enough.