Authored by Rebekah Barton of Inside the Magic,

On Wednesday, The Walt Disney Company announced that they will be significantly reducing the number of Disney Store locations nationwide as they focus more on e-commerce.

Today Disney announced plans to focus on its ecommerce business and significantly reduce its brick-and-mortar footprint, beginning with the closure of at least 60 stores in North America this year.

Over the next year Disney will focus on providing a more seamless, personalized and franchise-focused ecommerce experience through its shopDisney platform which will be complemented by greater integration with Disney Parks apps and social media platforms. This will be coupled with an assortment of new and elevated merchandise from the Company’s full range of brands, including adult apparel collections and artist collaborations, trend-forward streetwear, premium home products and collectibles.

“While consumer behavior has shifted toward online shopping, the global pandemic has changed what consumers expect from a retailer,” said Stephanie Young, president, Consumer Products Games and Publishing. “Over the past few years, we’ve been focused on meeting consumers where they are already spending their time, such as the expansion of Disney store shop-in-shops around the world. We now plan to create a more flexible, interconnected ecommerce experience that gives consumers easy access to unique, high-quality products across all our franchises.”

At this time, it is not known which Disney Store locations in North America will be closing. Disney has also not yet disclosed details about how many Disney Store Cast Members will face termination due to these retail closures. 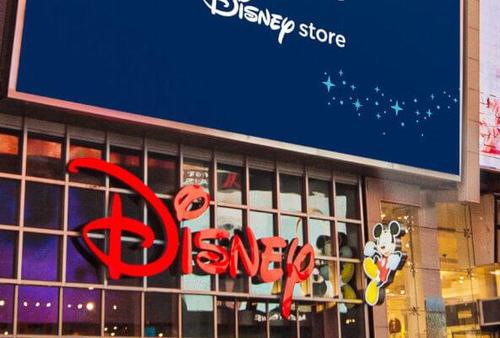 What’s next for Disney retail?

It is worth noting that Disney’s announcement confirmed that Disney Parks Guests will “continue to have access to Disney shopping experiences in 600+ Disney Parks stores, shop-in-shops, lifestyle and outlet locations, as well as third party retailers around the world.”

This is encouraging news, especially for shoppers in the United States who don’t live near Disneyland Resort in California or Walt Disney World Resort in Florida. Furthermore, last year, Disney and popular retailer, Target, entered into an agreement in which Disney “store-in-store” shops were added to multiple Target locations around the United States.

It is not yet known if this project will continue to expand with the closure of dozens of Disney Store locations.

Furthermore, Disney has not officially shared what will happen to international Disney Stores, such as the retail establishments in Paris, Rome, London, and other world capitols.