Progressive Democrats are livid over the failure to include a minimum wage increase to $15 an hour in the COVID-19 relief package – a move President Biden promised on the campaign trail, yet Democrats have been unable to enact with only a slim majority in Congress. 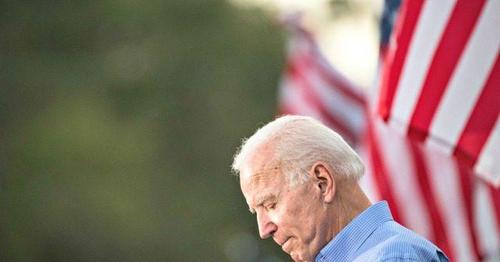 Following an adverse decision from the Senate parliamentarian on the matter, Democrats can’t force the issue using a special budgetary procedure called ‚reconciliation‘ which would only require a simple majority. Now, Democrats are calling to overrule or fire the parliamentarian, or eliminate the filibuster which requires legislative packages to secure at least 60 votes to proceed through the Senate and onto President Biden’s desk for a signature, according to The Hill.

„Nearly two-dozen House progressives have called on President Biden and Vice President Harris to overturn the parliamentarian’s ruling,“ according to the report.

„Eighty-one million people cast their ballots to elect you on a platform that called for a $15 minimum wage,“ reads a letter from the progressives. „We urge you to keep that promise and call on the Presiding Officer of the Senate to refute the Senate Parliamentarian’s advice … and maintain the $15 minimum wage provision in the American Rescue Plan.“

„My personal view is that the idea that we have a Senate staffer, a high-ranking staffer, deciding whether 30 million Americans get a pay raise or not is nonsensical,“ said Sen. Bernie Sanders (I-VT) in response to the parliamentarian’s ruling. „We have got to make that decision, not a staffer who’s unelected, so my own view is that we should ignore the rulings, the decision of the parliamentarian.“

Nevermind that the $1.9 trillion package likely wouldn’t pass through reconciliation either, given West Virginia Democratic Sen. Joe Manchin’s opposition to the $15 minimum wage – instead favoring an increase to $11 an hour with an index to inflation. Every Democrat, or some combination of Democrats and Republicans who cross the aisle, would be required to pass the legislation even with reconciliation.

As far as eliminating the filibuster, both Manchin and Sen. Kyrsten Sinema (D-AZ) oppose the move.

On Monday, Manchin shouted at reporters that he would „Never!“ change his mind on the filibuster.

„Jesus Christ! What don’t you understand about never?“ he added.

Liberals appear to want to raise the pressure on Manchin, Sinema and their own leaders to take some kind of action given the party’s control of the House, Senate and White House.

They want to force a vote on the $15 minimum wage, daring Manchin to oppose it.

And they are calling for Democrats to overrule Senate Parliamentarian Elizabeth MacDonough, who last week determined that the COVID-19 relief package cannot pass with a simple-majority vote under special budgetary rules if it includes a provision to raise the minimum wage to $15 by 2025. –The Hill

According to Senate Majority Whip Dick Durbin (D-IL), overruling MacDonough, the parliamentarian, is a bad idea.

„I don’t think that’s going to work. I hope that we think very seriously about dealing with the minimum wage in a different venue,“ he said.

„If we would get rid of the filibuster, then we wouldn’t have to keep trying to force the camel through the eye of the needle. Instead, we would do what the majority of Americans want us to do, and in this particular case, that’s raise the minimum wage,“ said Warren.

As The Hill continues, outside progressive groups are livid aas well by what they see as ‚impotency on the part of the party.‘

„The Democratic Party, they should do whatever in their power they need to do to deliver on this. It’s a signature promise,“ said Joseph Geevarghese, executive director of Our Revolution, a political action group that grew out of Sanders’s 2016 presidential campaign.

„It should be full-bore ahead,“ he added – while pushing to overrule the parliamentarian or replace her. „If there’s a will, there’s a way to get this done.“ (rules be damned)

„What you’re seeing is the progressive wing of the Democratic Party coalescing around signaling this is critically important,“ said Geevargheese, adding that if Democrats abandon the push for a $15 minimum wage, „they do so at their own peril.“