Barstool Sports‘ Dave Portnoy made an „emergency press conference“ at the beginning of the US cash session Tuesday about a new ETF he is „part of.“ He said he’s putting his „face behind,“ his „reputation behind,“ and everything he represents behind this new social media sentiment ETF.

Portnoy is referring to VanEck’s new „Social Media Sentiment“ ETF (something we previewed to readers weeks ago), which will trade stocks that are being talked up the most on social media. 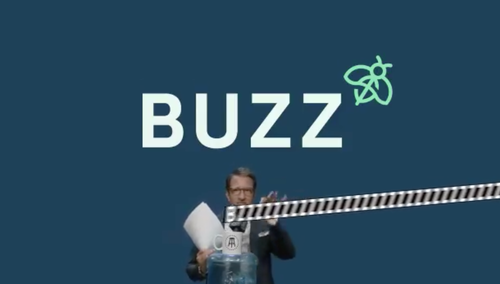 The ETF’s algorithm takes content from social media sites like Twitter and aggregates it. It then uses AI to identify patterns, trends, and changing sentiment, affecting market-based outcomes. It trades 75 US large-cap stocks with the highest degree of positive investor sentiment and bullish perception from the portfolio, which is rebalanced monthly.

Portnoy said he was approached by the people who developed the algorithm „five years ago.“ He said the „guys‘ reached back out to him after „Penn National Gaming showed up in their rankings. Penn owns a 36% stake in Barstools and has been a stock Portnoy has repeatedly pumped on social media through the pandemic.

He told his 2.3 million Twitter followers that the team behind the algorithm showed him the interworkings. Portnoy called the new ETF, expected to launch Thursday, „brilliant,“ and said, „of course, it will work.“

„If you don’t adapt, you die,“ Portnoy said. „Twitter, social media, all of it, is dictating stock prices.“

Around the 1:50 minute of what seems like a promotional video – Portnoy breaks down how BUZZ works: He said, „when you invest in BUZZ – the money putting in is redistributed across the top 75 favorable stocks on social media – according to our algorithm.“

The ETF is a revival of a former fund, the Sprott Buzz Social Media Insights ETF, which „fell out of orbit“ in 2019, according to FT. It had averaged just $9 million in assets during its lifetime. That ETF drew from the Buzz NextGen AI US Sentiment Leaders Index, which the new VanEck product will also draw from. Despite this, the Buzz index outperformed the S&P 500 by about 10%.

„Here’s a look at the historical perf of the $BUZZ Index which uses AI to scrape Twitter etc for stock picks and is about to get ETF-ized and Portnoy-ized. Up about 500% since 2013 > SPX, Growth, QQQ. It used to be tracked by $BUZ, but didn’t find an audience. Take-Two in effect,“ tweeted Bloomberg’s Eric Balchunas.

Balchunas asked the question: „Could $BUZZ make list with Portnoy’s marketing muscle? I would bet has some instant flows but more in the $300m range, the rest will depend on perf. But who knows..“

Balchunas was right on Monday…

My guess: a partnership with $BUZZ, the new social sentiment ETF. The clues being that the logo is a bee and @vaneck_us just put out tweet saying it is launching on Thursday. No idea tho. If so, interesting! https://t.co/AtGleb7P1B

The so-called „suits“ have found out how the new pathway to making money, that is ride the coattails of Portnoy’s marketing muscles on Twitter. The ETF will amplify Portnoy’s own stock recommendations.