Could Exxon wind up being the next ESG play?

Shares of the oil and gas giant spiked Monday pre-market after CNBC’s David Faber reported that Jeff Ubben would be joining the company’s board. In addition, Mike Angelakis – the former CFO of Comcast and a „green“ activist – was also said to be joining the board.

„Mike Angelakis, the chairman and chief executive officer of Atairos and former CFO of Comcast, is also joining the board,“ CNBC reported. According to Angelakis‘ bio, he „was the Chairman of the Board for the Federal Reserve Bank of Philadelphia, a member of the Board of Directors of Duke Energy and Hewlett Packard Enterprises, and a trustee of Babson College.“

So perhaps Exxon now has themselves a liaison for when the Federal Reserve focuses on fighting climate change. 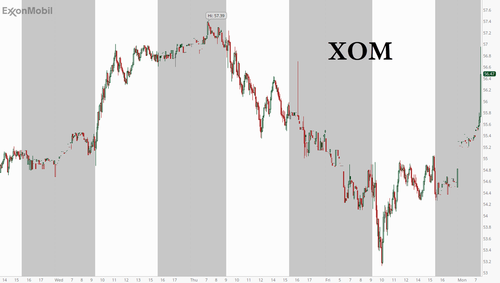 Two weeks ago we noted that Ubben was looking to raise another $8 billion for his impact fund. Ubben was looking to raise the capital for his Spring Fund II, a successor to his $1.5 billion Spring Fund that he started while at ValueAct, which he founded in 2000, according to Bloomberg. The goal of the fund was reportedly going to be looking at „impact investing“, which aims to „make systemic changes at companies and sectors to the betterment of society.“ As we said at the time:

This, of course, would fit nicely if Ubben was looking to make a major operational, ideological (and PR) shift at an undervalued legacy oil and gas company like Exxon.

In early February we reported that Ubben was considering a „meaningful stake“ in Exxon and could, as a result, even wind up with a seat on the board. 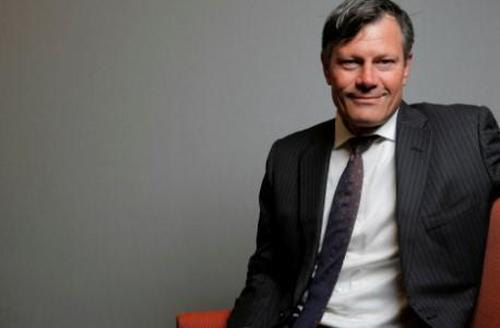 Ubben left ValueAct last year to start his own firm that is focused on investments in social and environmental issues.